Echinacea has been used traditionally by Native Americans to treat ailments ranging from toothaches to snake bites. Today, echinacea is commonly used to boost the immune system and fight infection. What does the evidence show? What are the real benefits of echinacea?

Echinacea is a flowering herb that comes in many varieties and is commonly known as the purple coneflower. These flowers are perennials native to the eastern United States and now can be found throughout the country and elsewhere in the world.

While the plant is prized by gardeners for its pretty purple and reddish flowers, it's actually the root that is used for herbal purposes. It takes several years for an echinacea plant's roots to get large enough to harvest, so while you could grow your own, buying echinacea in root or supplement form is easier and faster than growing your own.

There have been hundreds of studies conducted to determine the effectiveness of echinacea to cure the common cold. According to WebMD, the results of 14 studies were compiled by the University of Connecticut. Their conclusion was that the duration of a cold can be reduced by an average of 1.4 days simply by taking an echinacea supplement at the start of symptoms. It was also concluded that the chances of catching a cold were reduced by 58 percent in those supplementing with this herb. Combining echinacea with vitamin C reduced the chances even further to 86 percent.

While this all sounds very compelling, a more recent study had slightly different results. A randomized trial published in the Annals of Internal Medicine found that echinacea supplements only reduced the duration of colds by a half day, which was not statistically significant against the placebo. 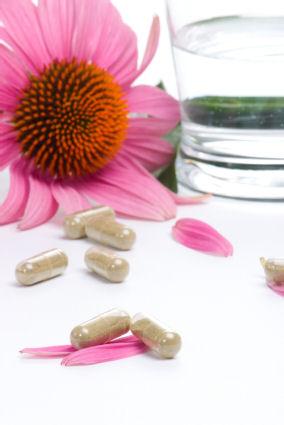 So what is echinacea useful for? According to the Herbal Research Foundation, echinacea is useful in stimulating the immune system. While this may not necessarily cure your cold, it may help prevent a cold in the first place. Because echinacea stimulates the overall activity of infection-fighting cells, it is helpful in treating a wide range of infections including viruses and bacteria.

Some studies have shown that the herb can be helpful in treating upper respiratory tract infections, and it has been used as an immune system booster for people undergoing cancer treatment.

Other uses of echinacea include:

How Does Echinacea Work?

Echinacea has been widely studied through the years, and there are several things that echinacea does in the body.

It increases the ability of white blood cells to destroy invading microorganisms, and boosts the strength of T-lymphocytes, which are vital to the immune system.

Additionally, a compound in echinacea, known as echinacein, helps prevent germs from penetrating and destroying healthy cells. This works both when echinacea is taken internally and when it is applied to wounds.

Who Shouldn't Use Echinacea

Echinacea sounds great, but there are actually some potential problems that can come from taking the herb. Germany's Commission E, which studies the effectiveness of herbal remedies, says that anyone with an autoimmune disorder such as multiple sclerosis or lupus should not use echinacea because their ailments might be aggravated by further boosting their immune systems.

In addition, people who are HIV positive are advised not to use the herb because the increase in white blood cells might cause that virus to become more powerful as well.

Otherwise, echinacea is generally considered safe for all people, but be sure to check with your doctor before taking it if you are pregnant, trying to get pregnant, nursing or taking medication for a health problem. You never know how different drugs might interact with herbal remedies, and you don't want to end up sicker because you combined medications with herbs without clearing it with your doctor.

People who are allergic to ragweed or other plants in the aster family may be sensitive to echinacea as well.

Echinacea should not be considered a permanent part of your health routine. Some people say it should be taken for no longer than a week or two at a time, while other experts say it is safe to take for months at a time. The idea is that the herb loses its immune boosting power over time and may ultimately inhibit the growth of T-cells, which is not good for your immune system. Again check with a doctor or herbalist before planning to take echinacea long term.

If you want to try echinacea to stregthen your immune system, and your doctor feels it is safe for you, you can try it as a tea, in capsules or as a tincture. Follow the recommendations of your doctor or herbalist for proper dosage and pay attention for possible side effects. if you notice any unusual symptoms, discontinue use and speak to your health care provider.