Boswellia is also known as frankincense. It is the resin of a fragrant evergreen tree that is dried and processed into an herbal supplement or oil. This resin itself is highly fragrant and is used in essential oils, aromatherapy and, to a lesser extent, in herbal supplements.

The boswellia tree is native to India. Perhaps because of this, boswellia is commonly used in Ayurvedic medicine.

Boswellia has been used in alternative therapies to treat inflammation, arthritis, dysentery, worms and lung disease. It is believed to ease joint pain, and can be taken internally similar to non-steroidal anti-inflammatory agents (NSAIDS) such as ibuprofen without causing the same stomach upset as traditional NSAIDS. 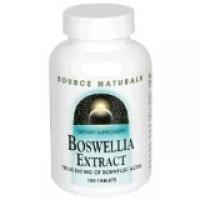 Boswellia is also believed to have a beneficial effect on blood levels of cholesterol and triglycerides. It may also have mild sedating properties, and has been used to treat Crohn's disease, colitis and asthma. Alternative practitioners have also used boswellia for the treatment of hay fever, sore throats, syphilis, certain cancers and painful menstruation. Additional uses of boswellia in Ayurvedic medicine include treatment of jaundice, bronchitis, diarrhea, ulcers and undescended testicles.

Boswellia is available in a number of preparations including boswellic acid, frankincense resin, capsules, essential oils and tablets. It is typically available at your local health food store or online at reputable herbal dealers.

Reports of boswellia side effects are relatively rare, but they do exist. In general, it seems to be well-tolerated - both when used topically and taken internally. The following side effects have been reported by people taking boswellia.

Side Effects When Taken Internally

Internal use of boswellia may cause the following side effects.

In certain rare cases, allergies to boswellia are possible and could result in the following side effects.

Side Effects When Used Topically

When used in topical preparations, boswellia may have the following side effects.

The following cautions should be observed when using boswellia.

This ancient herb has been used for centuries. Currently, a number of medical studies are being done on boswellia and boswelliac acid to study its efficacy in the treatment of inflammatory conditions such as rheumatoid arthritis and other pain conditions. It is also being studied as a replacement to NSAIDS to reduce the incidence of side effects that NSAIDS cause when taken over the long term. As those studies are conducted, more side effects and drug interactions may emerge.While this ancient remedy does have a few side effects, it is generally believed to be well tolerated in human beings. Side effects (except in the case of severe allergies as outlined above) seem to be mild and infrequent. If you suffer from arthritis or some other inflammatory condition that requires you to frequently take NSAID drugs, then boswellia could be an alternative to those drugs. Check with your personal health care provider, doctor or herbalist for more information.