For those who experience excessive sweating, finding the link between kava and sweating may offer significant to relief.

Sweating is a natural process in which the body attempts to cool itself by releasing a salty liquid (perspiration), from sweat glands. The majority of sweating occurs under the arms, on the palms of your hands, and bottoms of your feet. While most individuals are born with two to four million sweat glands, which become fully active in puberty, those with more sweat glands will naturally sweat more. For most people, sweating increases in the summer, during exercise, and in response to stressful situations. Other common causes of excessive sweating include:

Certain underlying conditions may also result in excessive sweating. The following are some examples of possible causes:

Kava, also called piper methysticum, is an herb in the pepper family, derived from the South Pacific islands. The root of the herb was traditionally used to prepare beverages. Kava is said to promote relaxation, relieve muscle tension and have a sedative effect. The juice of the plant was used as a potent tranquilizer, believed to allow entrance into the spirit world where individuals could communicate with the dead in religious ceremonies. For these reasons, kava was the customary beverage for celebrations of marriage, births, deaths and curing of diseases. In addition, the herb was associated with sexual intercourse, sipped by males and lesbian women. Today kava is used to treat the following conditions:

Nutritional supplements containing kava include capsules, teas, tablets and liquid extracts. Kava beverages are known for their bitter taste, however. 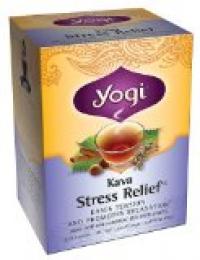 Because kava relieves anxiety, it is also effective for relieving excessive sweating in some individuals. Take precautions when using this herb, however, and avoid other herbal remedies and medications, as drug interactions may occur. Talk to an herbalist or medical professional about using kava for your condition. You can find kava at health food stores in various forms, including capsules, teas, tablets and liquid extracts. If you decide to sip a kava beverage, be prepared for a bitter experience.

Aside from herbal remedies like kava for sweating, use good hygiene practices to help reduce perspiration. Deodorants can hinder the offensive odors caused by sweating. Antiperspirants work to block odor production in the glands. Changing damp socks immediately and alternating shoes may help reduce foot odor. If natural remedies and hygiene practices fail, surgery and Botox treatments are options you may discuss with your doctor.

If the connection between kava and sweating has intrigued you, consider asking a doctor before experimenting with the herb as a supplement. Side effects include skin rashes, indigestion, visual disturbances and numbness in the mouth. Heavy use of the herb is also associated with kidney damage, blood abnormalities and liver complications. In addition, the herb may not be safe for pregnant or nursing women.