There are many different kinds of herbal medicines. In fact, almost every culture and country has their own plant-based remedies.

What Are the Kinds of Herbal Medicines?

Ancient herbal medicine systems were designed to treat specific ailments. The herbal treatments have been proven as effective health management systems over the span of several centuries.

For thousands of years the Chinese have used herbs for medicinal purposes, and the oldest Chinese herbal text is over two thousand years old. The primary idea behind traditional Chinese herbal medicine is the existence of chi, pronounced "chee."

Chi Energy and Your Body

Chi is the energy in your body that nourishes you, cleanses you and keeps you alive. There are many kinds of chi, such as your central chi, digestive chi and protective chi.

There is a lot more to know about Chinese herbal medicine, such as the theory of yin and yang, the five elements, and the eight principles that affect yin and yang. Imbalance is thought to be the root of all illness, and the number one priority of Chinese medicine is to bring the body into balance. Through the use of herbs and acupuncture, the body is returned to a healthy state of equilibrium. 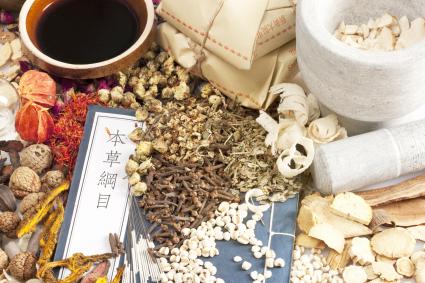 The Native Americans relied on the plants around them to treat illnesses and injuries. Since there are many tribes native to North America, there were a wide variety of traditions and beliefs scattered across the continent.

Use of Herbs With Prayer, Chants and Dances

Native medicine made good use of herbs, but also incorporated praying, dancing and chanting into treatments. These treatments were usually administered by the tribe's medicine man, who acted as a doctor and spiritual advisor to the people.

The theories behind Native American herbal medicine were handed down from generation to generation, but were not usually recorded for posterity. A great many people once understood this native science, but many of the original recipes were lost over time. Some basic ideas remain, and many of the concepts that the Native Americans introduced to Westerners influenced modern medical science. 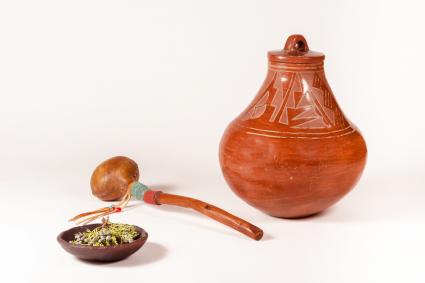 Naturopathic doctors believe in treating the underlying cause of an illness through natural, individualized treatments. Known for bridging the gap between conventional and alternative treatments, naturopaths use both medical science and natural remedies to support the body's inherent healing abilities.

Just like a medical doctor (MD), naturopathic doctors (or NDs) must attend a four-year medical school where they learn basic medical science. Naturopaths also study a holistic and natural approach to healthcare, with a strong concentration on prevention and overall wellness.

In addition to a standard medical curriculum, an ND must train in the areas of clinical nutrition, homeopathy, herbal medicine, psychology, acupuncture, and a host of other practices. After they complete their education, naturopaths must pass a rigorous licensed exam before they are allowed to practice medicine on the public.

Homeopathy is a holistic system for healing the body. Like naturopathy, homeopathy strives to bring your body back to health by concentrating on overall wellness and looking for an underlying cause of illness. And like Chinese medicine, homeopathy touts the idea that the body maintains a central energy flow or vital force that must be in balance for optimal health.

Treatments through a homeopathic practitioner follow a "like cures like" line of thinking. This means that the patient is given extremely small doses of substances that, when given in a much larger quantity can produce similar symptoms as the illness in question.

Homeopaths must go through extensive education and a licensing exam before being allowed to practice in the United States. In Europe, it is a practice all its own. In the United States, homeopathy is usually studied alongside another complementary discipline, such as naturopathy, acupuncture or conventional Western medicine. 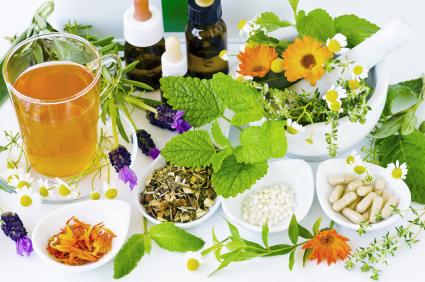 Ayurvedic medicine (Ayurveda) is a 6,000-year-old+ whole body healing system that originated in India. Like Chinese medicine, Ayurveda (shortened) is one of the world oldest forms of healing. Ayurveda also focuses on balancing the mind, body and spirit to restore good health.

A vital part of Ayurveda medicine are the Panchakarma Detoxification Treatments that include various oil treatments, such as herbal oil enemas (Basti) and herbal oil massages. Herbs are also part of the dietary requirements that include spiced herbal teas and kitchari, a rice and lentil cleansing dish that often includes herbs. The herbs help to restore balance to your Dosha (body and mind energies).

From ancient times to present, herbal remedies have cured some of the most common complaints and some of the worst diseases. Always check with your doctor or health practitioner before adding an herbal medicine to your health regime.

Eczema and acne are common skin problems that can be treated with herbs. For example, evening primrose oil is used to treat eczema. Acne is treated using either basil, lavender or neem.

White willow bark is an ancient Native American pain remedy. Historical records reveal that Hippocrates used this herb for pain relief during the 5th Century BC. 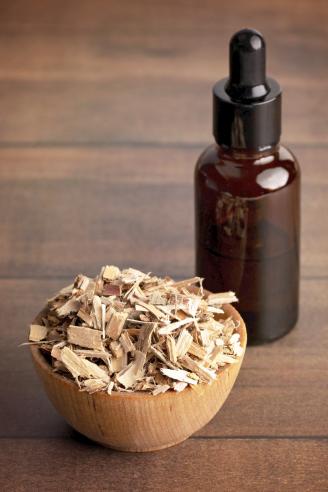 Gotu kola is used in Chinese medicine for a number of health issues, including anti-anxiety and to reduce anger or agitation. It's also used for improving memory, although one study didn't back up such claims. It's use for other illnesses includes, the common cold and various infections.

Kinds of Herbal Medicines for Treatments

There are many kinds of herbal medicines that are used for a variety of physical ailments. A combination of herbal remedies are typically used for the best outcome of a treatment.