Stinging nettles, also known as common nettles, grow all over Europe and the United States in moist, shady spots. Many people avoid this plant because of the burning sting you get from touching the leaves. Herbalists know better. Nettles have been used for centuries because of their many healing benefits. Both the leaves and the roots may have healing properties. The benefits below all come from the use of stinging nettle leaves, unless the roots are specifically noted.

Nettles are part of a category of herbs known as adaptogens. Stress relief, detoxifying, and hormonal regulation are just a few of the health benefits that nettles provide.

Nettles contain vitamins that can help boost your immune system including vitamins A, C, E, and K. They also contain minerals that help the body stay healthy. Vitamins A and C support the immune system directly.

Adaptogenic herbs rejuvenate your body. Nettles are an important tonic for nourishing the body, providing vitamins and minerals and supporting the adrenal glands. Adaptogens assist your body in dealing with stress of all kinds. They help with whatever your body needs to normalize itself. 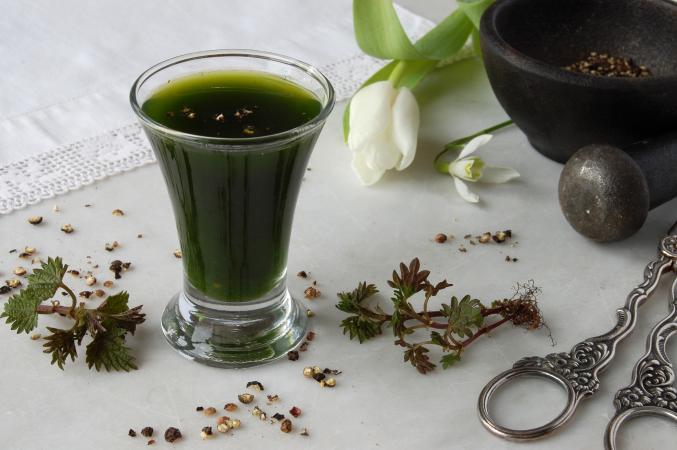 The adrenal glands are small glands that sit above your kidneys. Epinephrine (adrenaline) and norepinephrine are just two of the hormones the adrenal glands secrete. Both of these are stress hormones. Adrenal fatigue occurs when your adrenals are overworked, something that is common in today's high stress environment of too many commitments and not enough time. Symptoms of adrenal fatigue include exhaustion, lethargy, and inability to handle stress. Nettles reduce exhaustion and inability to handle stress. They are gently energizing herbs that give you a boost without the caffeine crash.

Antiseptic herbs inhibit the growth of microorganisms and prevent infection. The antiseptic properties of nettles are good for preventing infection in wounds. Bathe the wound in an infusion of nettle leaf made from steeping a cup of nettle tea and cooling the liquid. 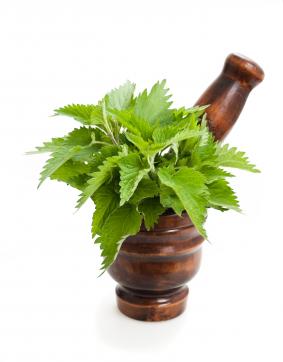 Nettles reduce inflammation and help non steroidal anti-inflammatory drugs or NSAIDs in treating arthritis, according to Dr. Josh Axe. Reducing inflammation is beneficial in treating many illnesses, including autoimmune diseases.

Nettles have also been used traditionally to help neutralize uric acid and prevent it from crystalizing. Gout (a form of arthritis) is caused by a buildup of uric acid in the body. Likewise, the anti-inflammatory properties relieve the pain and inflammation of arthritis of all types. If you sting yourself with the stinging spines of the nettle at a place on your body where you have pain, you can lessen that pain. According to Mother Earth News, this practice has been used for over 2,000 years, and it is useful for arthritis and other conditions. Nettles' ability to reduce the inflammatory chemicals in the body may be the reason for this benefit.

One of the most studied effects of nettle root (as opposed to the leaves) is its role in regulating hormones in both women and men. The substance does this by helping the body to adapt hormonally, adding certain hormones if needed and decreasing others. This may be helpful during times of hormonal imbalance, such as menopause, polycystic ovarian syndrome (PCOS), or adrenal fatigue.

Science is doing extensive studies into the use of nettles to treat Benign Prostatic Hyperplasia or BPH. BPH is caused by the enlargement of the prostate gland, which causes symptoms like inability to empty the bladder, constant urge to urinate, and reduced urine flow. It can develop into prostate cancer. Nettles help prevent this through their immune system support.

Menopausal symptoms like late night insomnia, hot flashes, and lack of energy can benefit from nettles. They can help with other hormonal issues, as well, such as PMS and excessive blood flow due to their hormonal modulating qualities. The styptic (stopping bleeding) nature of nettles can lessen heavy or disordered menstrual flow according to Principles and Practice of Phytotherapy: Modern Herbal Medicine.

Nettles are packed with vitamins and minerals that can keep your body healthy. In addition to vitamins A, C, E and K, nettles are high in protein with no fat. They are high in iron and contain potassium, calcium, magnesium, and iodine, as well as other minerals.

Mild diuretic effects of nettles help remove toxins from your system and replace them with vitamins and minerals your body needs to stay healthy.

Side Effects and Cautions

There aren't many side-effects of nettles; however, some people notice sweating, stomach upset, and allergic reactions (very rare). They may interact with certain medications, so consult your healthcare practitioner prior to adding nettles to your supplements, particularly if you take any of the following medications:

Want to learn more about nettles? Consider the following facts. 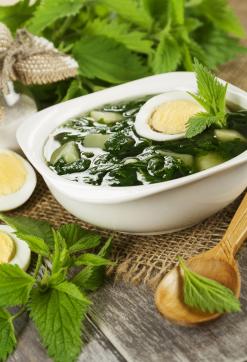 There is a lot of nettles folklore out there. Here are a few of the most interesting bits from A Modern Herbal.

Common Nettles May Be Good Weeds

A weed is any plant you don't want growing in your garden. That said, nettles may not be the unwanted weeds you always thought they were. With a little care and some imagination, you can use these hardworking plants for food, medicine, and tea.