Cerasee (Momordica charantia)is a plant with medicinal and culinary uses. It's best known as bitter melon or bitter gourd and is popular in Ayurveda and Traditional Chinese Medicine. The leaves, vine, fruit, and seeds of the plant are edible, if not palatable. Cerasee is not as well-known in the United States as other herbs, but it's gaining popularity.

Cerasee is native to tropical climates in Asia, South Africa, and the Caribbean. Cerasee is a vine. It wraps its tendrils around anything available, such as fences, signs, mailboxes, or even other plants. Cerasee produces yellow flowers and green fruits, also called cerasee gourds, that resemble bumpy cucumbers. Cerasee fruit is extremely bitter.

In many places, cerasee grows wild, but it thrives in almost any hot and humid environment. Since it's a vine, it needs something to cling to, such as a trellis or pergola. You can use the seeds from cerasee fruit to grow new plants. You can sow cerasee in the ground or in pots.

According to Balcony Garden Web, cerasee requires full sun and prefers sandy, loam soil. It won't wither in a short drought, but it does well with regular watering. You should harvest cerasee fruit when they are green, unripe, and three to six inches long.

You may dry cerasee fruit, leaves and vines. Methods of drying herbs are air drying, oven drying, and sun drying.

In the natural medicine world, cerasee is a medicinal powerhouse. It contains a protein known as MAP30, which has antitumor and antiviral abilities. Cerasee is used as a general health herb. It's also used to treat specific conditions such as diabetes, ulcers, and cancer. Here's what some of the research says:

Research is limited on cerasee for other conditions it's used to treat such as: 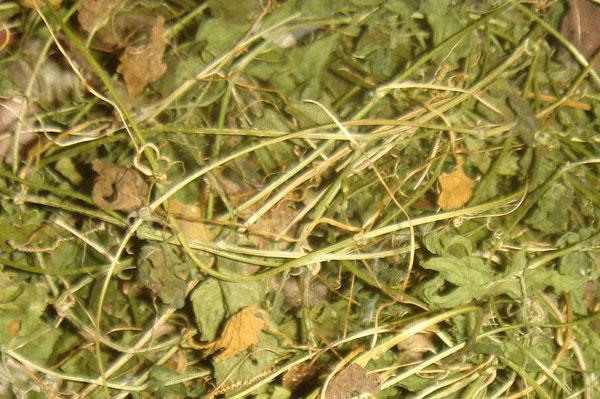 Dried, fresh, or powdered cerasee leaves, vines, and fruit may be consumed as tea or in tinctures and infusions. If you enjoy bitter foods, you may eat cerasee fruit raw, stir-fried in oil, steamed, boiled, or baked. It's also found in some curries.

To make cerasee tea, pour one cup boiling water over a cerasee tea bag or one teaspoon dried cerasee; steep the tea for ten minutes, and strain. The bitter taste of cerasee tea may be difficult to get used to. To make the tea more palatable, add honey or your favorite sweetener. Many people cannot tolerate the bitterness of cerasee tea or cerasee fruit tea. If you want to try it, start slow and give your palate time to adjust.

According to Dr. Terry Hudson, Naturopathic Physician, the best dose of cerasee is unclear. Standardized extract dosing is 200 to 300 mg, three times daily. The following doses have been used in research:

Unless you live in an area where cerasee grows wild, it may be hard to find the fresh herb. You can find dried cerasee, cerasee tea, powdered cerasee, and cerasee supplements in many natural health stores or online. You'll find many cerasee products sold under its more familiar name, bitter melon. Here are some options: 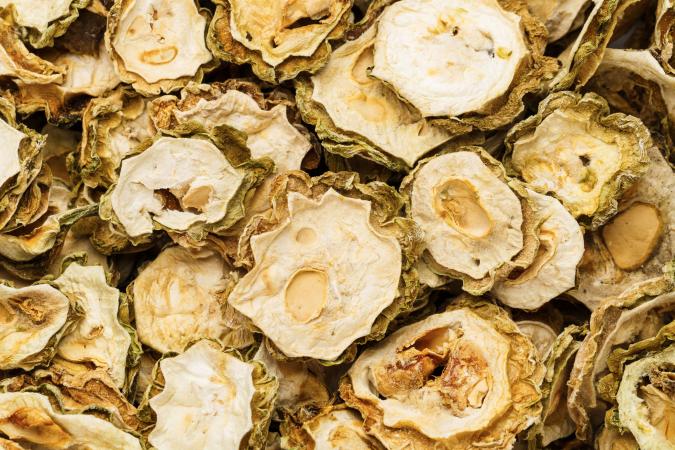 According to Drugs.com, cerasee is "relatively safe," when taken in low doses for up to four weeks. No serious adverse effects have been reported for adults taking a standard oral does of 50 ml. People with liver problems should use cerasee with caution since it increases liver enzymes in some people.

WebMD lists these potential additional side effects and precautions:

A Promising Culinary and Medicinal Herb

There's good reason some researchers called cerasee a "cornucopia of health." It has over 20 active components that help support its effects against major illnesses such as diabetes, cancer, and HIV infection. More studies are needed to prove scientifically what natural medicine experts have claimed for centuries--that cerasee is good for almost anything that ails you. To avoid potentially dangerous drug interactions or side effects, talk to your doctor or a natural health practitioner before using cerasee if you have diabetes or another medical condition.