Hair loss is a common problem that affects men and women. There has been no shortage of so-called cures for the condition, but many are scams. According to the Mayo Clinic (Mayo), some drugs proven to grow hair also have negative side effects, such as rapid heart rate, diminished sex drive, and an increased risk of prostate cancer. As a result, some people turn to Chinese herbs to treat hair loss.

For hair loss, Traditional Chinese Medicine (TCM) doesn't just focus on hair. It uses a whole body approach to treatment. According to the National Center for Complementary and Integrative Health (NCCIH), TCM believes the human body is part of the larger universe. It strives to bring yin and yang, which are ever-changing negative and positive forces, into balance. TCM believes disease happens when yin and yang are out of balance.

TCM also believes every person has an energy life force known as Qi. When treating hair loss using TCM, methods that support Qi and help balance your yin and yang may be used along side herbal remedies, such as acupuncture and diet.

Dosages of TCM herbs for hair loss are not well-studied. Most dosages are recommended based on studies for other conditions.

Fo-ti is a climbing vine native to China. It's used in TCM as a general health and anti-aging tonic. It's thought to help reduce hair loss and restore color to graying hair. Fo-ti is consumed in tea, extract, juice, or tonic forms.

Due to the risk of liver damage, WebMD lists Fo-ti as "possibly unsafe," to take by mouth. Since Fo-ti is a natural laxative, it may cause diarrhea and stomach upset in some people. 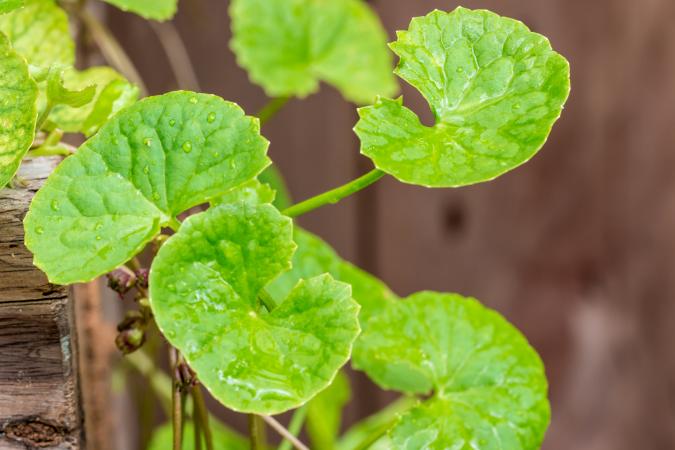 Gotu kola is a member of the parsley family. It's native to China, Japan, India, South Africa, and areas of the South Pacific. Gotu kola is a popular herb in both TCM and Ayurveda. According to a 2010 study published in the International Journal of Pharmacy and Pharmaceutical Sciences, a topical polyherbal ointment containing gotu kola leaf showed significant hair growth in albino rats. It's unclear exactly how the ointment spurred hair growth.

You should not use gotu kola for more than six weeks at a time. Do not use the herb if you have liver disease or take medications that impact your liver. Gotu kola side effects may include:

This herb is a general blood tonic used to improve circulation and help reduce the effects of aging. It's used in TCM to promote hair growth, especially black hair, and prevent hair from turning gray.

According to WebMD, nu shen zi may stimulate the immune system. The most common side effect of nu shen zi is an allergic reaction. Do not use if you're allergic to olives, lilacs, or any other member of Oleaceae family. Nu shen zi has a diuretic effect on some people. You should not use if you take lithium. It may affect how your body gets rid of the drug. 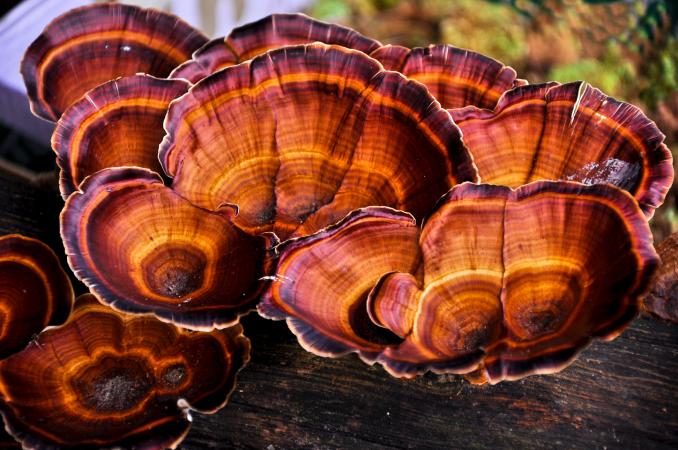 Reishi mushroom is a fungus. It's called the "mushroom of immortality," according to Memorial Sloane Kettering Cancer Center. It's thought to have antioxidant properties, fight aging, and increase immune response. It may be these abilities that help make it a popular TCM herbal remedy to fight hair loss.

Side effects of reishi mushroom may include:

Dong quai is used to slow hair loss and help hair grow. According to the RJPBCS review, dong quai contains phytoestrogens, which slow the creation of DHT. The American Hair Loss Association indicates DHT is a by-product of testosterone. It's thought to shrink hair follicles and play a role in male pattern baldness.

According to Mayo, dong quai has been studied in the following doses in people over 18 years of age:

Side effects of dong quai may include:

Dong quai may have estrogen-like effects. Do not take if you have a hormone-sensitive condition. You should also avoid dong quai if you:

Wu wei zin comes from the berry of the Schisandra plant. It's an adaptogenic herb. This means it helps your body combat stress and its effects. One effect of stress is hair loss. According to Medline Plus, stress may cause up to three-quarters of scalp hair to shed. A study published in the European Journal of Dermatology found the topical application of an ethanol Schisandra nigra extract promoted hair growth in mice.

There is no studied dose of wu wei zin for treating hair loss in humans. Doses studied for scientific research for improving mental and physical performance are:

Some side effects of wu wei zin are:

Wu wei zin may cause uterine contractions and should not be used if you are pregnant or breastfeeding. It may make some conditions worse, such as:

The Food and Drug Administration (FDA) considers herbal remedies to be dietary supplements. This means the herbs aren't regulated as closely as prescription and over-the-counter medications. According to the NCCIH, there have been reports of TCM herbs being contaminated with toxins, heavy metals, and drugs. Since Chinese herbs may cause side effects and react with some medications, only use them under the guidance of a doctor or someone who has training in Traditional Chinese Medicine.

Use Chinese Herbs With Cautious Optimism

TCM has been practiced since ancient times. Still, there's a lack of scientific evidence that Chinese herbs work to prevent hair loss. Most success stories of using the herbs for hair loss are anecdotal. These herbs support your entire body, not just your scalp. This supports the theory that good overall health is critical if you want lustrous locks, although some hair loss is genetic.