Bissy, also called kola nut, is the fruit of the Kola tree, which is an evergreen native to Africa. Kola nuts are the same caffeinated ingredient that launched Coca-Cola's original recipe in the late 19th century. They are still used to flavor some foods and beverages today. Although bissy is not well-studied in humans, it is a popular folk remedy.

Most evidence supporting bissy (often called bizzy) as an effective natural remedy is anecdotal. According to A Study on the Medicinal Usage of Flora and Fauna, written by Jeffrey Santos for the University of Belize, bissy is primarily used to treat food poisoning, food allergies, infection, diarrhea, and fever. It's also used to treat other health conditions.

Chikgungunya is a virus spread by mosquitos. At one time, chikgungunya was only seen in Africa, Asia, and Europe. In 2013, the virus made its way to the Caribbean islands. According to the Centers for Disease Control and Prevention, chikgungunya may cause:

There is no vaccine or mainstream medicinal drug to treat chigungunya. Many people with the condition turn to bissy tea for symptom relief, purely based on anecdotal evidence.

According to a 2014 review published in Advances in Biological Chemistry, the kola nut may have anticancer and chemopreventive abilities against some breast and prostate cancers. More research is needed before bissy can be confirmed as a cancer treatment. Some research is ongoing to explore bissy's effectiveness against other cancer cell lines.

You can make bissy tea from bissy (kola) nuts or bissy powder. To make, grate the nuts, and pour 1/2 cup of hot water over one tablespoon of grated or ground nuts. You may sweeten the tea with honey or sugar. Some people add ginger or mint. Enjoy the tea hot or cold. You can also use pre-made bissy tea bags. 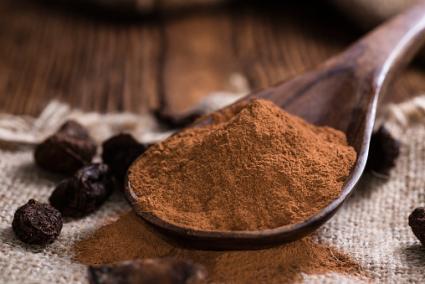 While there is no standard dosage for using bissy tea to treat specific health conditions, you should use caution considering some of the side effects. Different brands may contain varying amounts of bissy and caffeine. Follow the manufacturer's instructions for use. Before adding Bissy tea to your diet, consult a doctor or qualified health practitioner to determine the proper dose and if this tea is beneficial to your current health.

While the reported benefits may be good, there are also potential problems with taking the kola nut.

A study by the Ambrose Alli University in Nigeria on Cola nitida extract's effect on plasma testosterone levels in male rats. The study concluded ther was a significant increase noted in the size of testis and an increase in the plasma testosterone levels. However, simultaneously there was a decrease in the plasma level of luteinizing hormone which regulates testes functions. Further testing/studies were recommended.

A similar study published in the Nigerian Medical Journal in 2014 on the kola nut effect on reproductive hormones concluded there was, "reduced serum reproductive hormone concentrations and sperm count inmale wistar rats, and may therefore be detrimental to reproductive health, hence the need for regulation of its consumption."

Kola Nut Is a Stimulant

Bissy contains caffeine and is used as a stimulant to keep you alert and induce a sense of well-being. It's also used to boost your metabolism to help increase weight loss. The kola nut was used in some stimulant weight loss supplements until 2004. A 2002 safety and efficacy trial at St. Luke's-Roosevelt Hospital and Columbia University on an herbal supplement that included ephedra and kola nut was found to aid weight loss, decrease fat, and improve blood lipids. 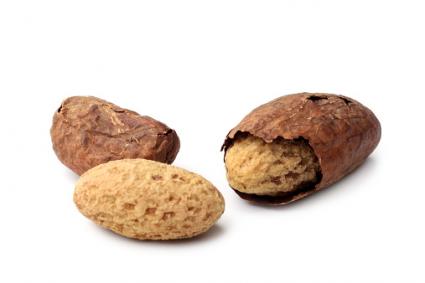 In 2004, the Food and Drug Administration (FDA) banned ephedra supplements over concerns of its cardiovascular constriction properties, stating the possible side effects and risks of the dietary supplements include heart attack, stroke and death. This ban came after 155 people died from taking supplements containing ephedra that's compared to amphetamine.

Banned Ephedra Pops Up in Products

According to the National Center for Complementary and Integrative Health, the FDA ephedra ban does not include herbal remedies or herbal teas. As a result, there may still be products on the market that contain both ephedra and bissy. You should not use them unless under the supervision of your doctor or a qualified natural medicine practitioner.

When used in food amounts, bissy is generally considered safe. Most of bissy's side effects come from the caffeine, although studies have shown significant side effects. These include, sleep disorders, gastric irritation, excitability, nervousness, and restlessness. Using bissy tea long-term increases your risk of these and more severe side effects. In addition, long-term use of caffeine may worsen certain health conditions and interact with medications. You should not use bissy tea if you are pregnant or breastfeeding. If you have any heart or infertility problems, avoid Bissy tea.

It's unlikely you'll find dried kola nuts, bissy powder, or bissy tea bags at your local grocery store or even many natural health stores. You may have to order them online. Here are some options to consider:

While bissy tea has been used for centuries as a natural remedy, more research is needed on the positive and negative effects the kola nut may have. If you aren't sensitive to caffeine, you may enjoy a cup of bissy tea with little worry about negative side effects. Since bissy tea can have adverse effects, before taking bissy tea, check with your doctor or health practitioner.