Morning sickness is a difficult symptom of pregnancy. For some women, it lasts throughout the day. It may be mild or severe and continue for a few months or your entire pregnancy. If you suffer with the condition, there are natural remedies you can try.

Many herbs are used to combat nausea and vomiting, but just a handful are believed safe during pregnancy. The following herbs may relieve mild to moderate morning sickness. If your morning sickness is severe, and you cannot keep any food or water down, you should consult your doctor.

Dosage recommendations below are general. Your recommended dose may be different depending on your pregnancy. For exact dosing, consult your doctor, midwife, or natural health practitioner.

Cardamom is a spicy herb with antispasmodic abilities. Dr. Mao Shing Ni, a doctor of Chinese medicine and co-founder of Yo San University and the Tao of Wellness in California, states on his website that cardamom is used to treat morning sickness. It's usually consumed in tea form. To make cardamom tea, add a few cardamom pods to eight ounces of boiling water; steep, and strain. You can also make tea from ground cardamom. Use 1/4 teaspoon per eight ounce cup. 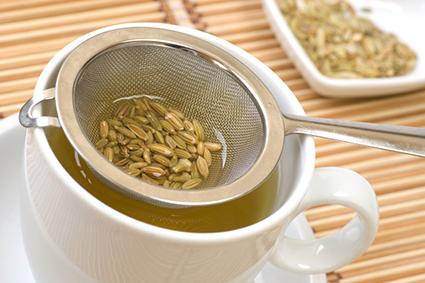 Fennel seed is considered generally safe to use in food amounts. However, consult your health practitioner to see if fennel is appropriate for you. According to a study published in the Journal of Ethnopharmacology, fennel has properties that mimic estrogenic activity in the body.

Ginger is a tried and true remedy for nausea. The University of Michigan Health System (UMHS) states on its website that ginger may help morning sickness after just a few days of use. To relieve morning sickness, UMHS recommends using ginger any of these ways:

Ginger is a natural blood thinner and may increase bleeding risk, so MedlinePlus cautions it should be avoided close to your due date. 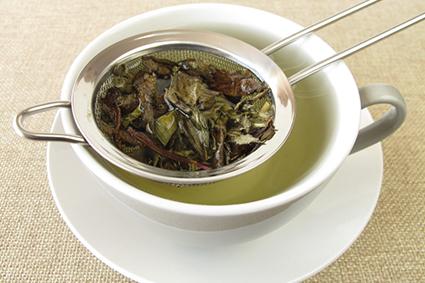 MedlinePlus indicates that peppermint is "likely safe" during pregnancy when used in amounts normally found in food, but large amounts should be avoided. The University of Maryland Medical Center (UMM) states on its website that you should not use peppermint if you have gastroesophageal reflux disease (GERD) or hiatal hernia, since it may worsen the disease.

This mucilage-containing herb coats and soothes the stomach to relieve nausea. The American Pregnancy Association (APA) lists slippery elm bark as "likely safe" during pregnancy, as long as the inner bark is used in normal food amounts. UMM cautions that there is concern the outer bark may cause miscarriage. 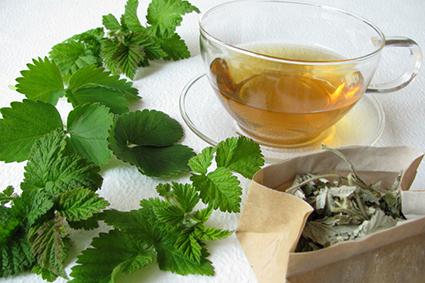 Raspberry leaf is a popular natural remedy for morning sickness, as well as for pregnancy in general. According to the APA, raspberry leaf tea helps tone the uterus, promote milk supply, and relieve labor pains. However, the verdict is out on whether it's safe to use during the first trimester. If your morning sickness lasts beyond week twelve, check with your doctor about trying raspberry leaf for relief.

The above natural remedies for morning sickness are generally considered safe for low-risk pregnancies when taken in low quantities. However, just because they are natural doesn't mean they can't have side effects. There are few studies on the impact of most herbs on a developing fetus. All herbs should be used under the supervision of a doctor, midwife or natural health practitioner.