According to the Mayo Clinic a pilonidal cyst "is an abnormal pocket in the skin that usually contains hair and skin debris." These cysts occur at the base of the tailbone or the coccyx. They can be open abscesses with or without drainage. Uninfected cysts can simply be an uncomfortable bump or red spot. Some people turn to homeopathics as a remedy for the cysts.

Dr. Vikas Sharma, also known as DrHomeo, recommends Myristica for treatment of pilonidal cysts. Myristica has a number of benefits including treating the infection, relieving pain, and reducing healing time.

Take mysristica orally. Washington Homeopathic Products (WHP) sells Myristica for under $10 and recommends a dose of four pellets under the tongue three times a day. Decrease the dosage as the condition improves. If there is no improvement, see a medical practitioner or homeopath.

As with most homeopathic remedies, there are no warnings or cautions for using myristica. The warnings are only to not use if the seal is broken. Seek medical advice before using a remedy if you are pregnant or breastfeeding. WebMD also indicates nutmeg and mace, which is where myristica comes from, are possibly safe when used in the amounts taken in food. 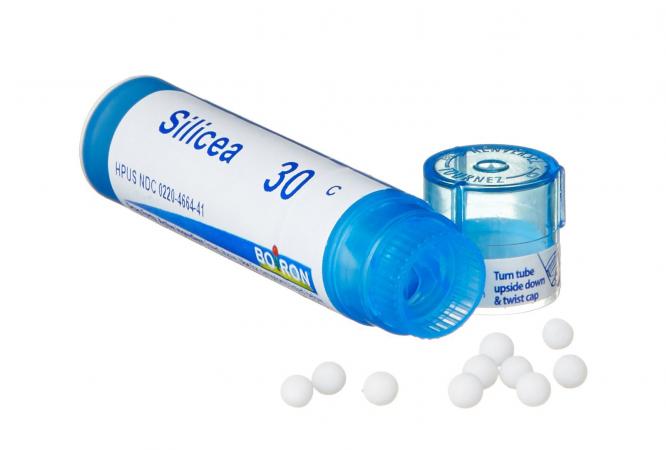 A major benefit of using silicea, or silica, to treat this condition is its ability to expel foreign objects from the body. Silica is generally used in chronic illness with compromised immune system.

Take silicea orally. Homeopathy for Health carries silicea 30C for around $20. Their suggested dose is three pellets one to three times per day. Use less as you improve. If you don't notice any improvement within the first three or four days, consult a homeopath or medical practitioner.

Encyclopedia.com warns that those with implants or artificial body components should avoid silica. Leaf cautions silica can reabsorb scars but can also reabsorb infections, so a homeopath should monitor you if you take it.

This remedy is good for conditions with discharge. According to Encyclopedia.com, Hepar sulphuris (hepar sulph or hepar) is one of the best remedies for abscesses before they open. Herbs2000 states this remedy, "helps in getting rid of pus." Along with the aforementioned benefits, hepar sulph also relieves inflammation and redness associated with pilonidal cysts.

Take hepar sulph orally. Walmart sells hepar sulph 30C online for around $7. Follow the usage directions on the label. If there is no improvement, see a health care practitioner or homeopath. Improvements should be clear within the first three to four days.

As with most homeopathic remedies, the only warning for hepar sulph is to only take it if the seal is unbroken. It is always recommended that if you are pregnant or breastfeeding, you consult a healthcare professional prior to taking any remedy. 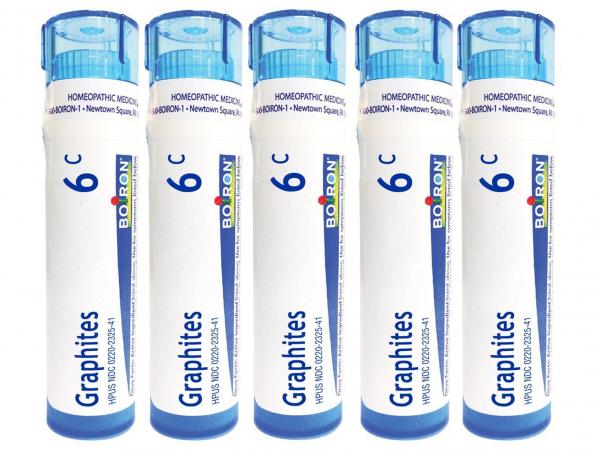 Graphites are made from powdered graphite or carbon. They are extremely useful in the treatment of cold sores and skin conditions, according to Herbs2000. According to the Homeopathic Materia Medica, graphites treat sticky, oozing sores by allowing them to dry and heal, which is beneficial in the case of a pilonidal cyst.

Take graphites orally. Homeopathy for Health has graphites for sale for $25. Take three pellets three times per day. Use less as you improve. If you don't notice any improvement within the first three or four days, see a homeopath or other healthcare provider.

As with most homeopathic remedies, the only warnings that exist are to use only if the seal is unbroken. If you are pregnant or breastfeeding, seek advice from a healthcare practitioner.

Anyone can get pilonidal cysts; however, people under 20 are more susceptible. Young men are at greater risk than women.

WebMD states, "Most doctors think ingrown hairs cause pilonidal cysts." There is no definitive answer as to the cause of these cysts, but there are some risk factors, including:

Many people have no idea they have a pilonidal cyst. It begins as a small dimple at the cleft of the buttocks. It can remain like this for some time until it becomes infected. Symptoms include:

When treating the cysts with homeopathy, you may expect the following improvements:

If you suspect you have a pilonidal cyst or are diagnosed with one, homeopathy can be an alternative to surgery. Talk to your doctor, consult a homeopath, and do your research so you can make an informed decision.